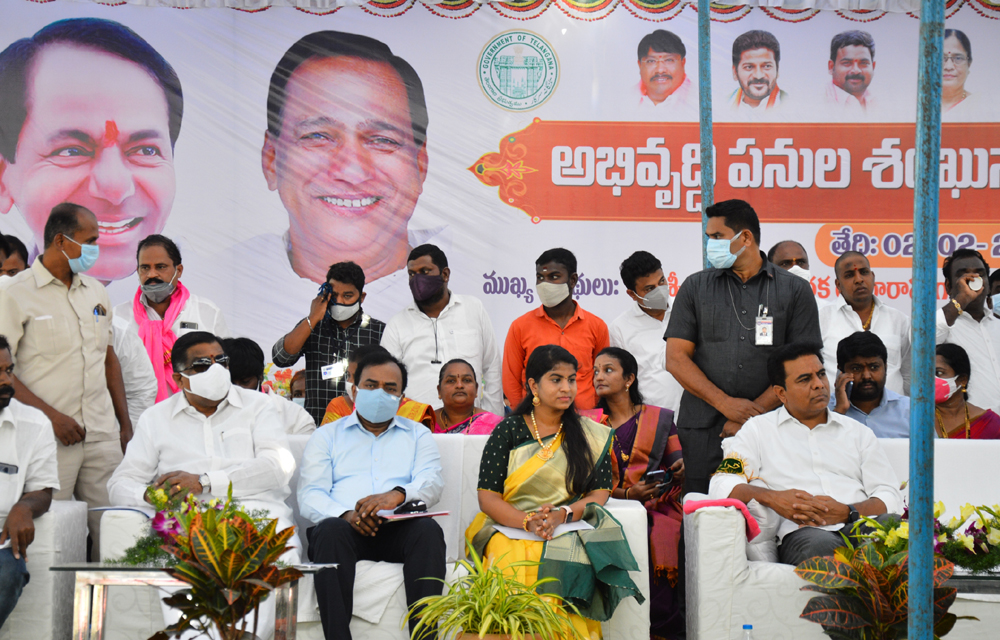 Speaking on the occasion, Minister K.T. Rama Rao said that there is a severe shortage of drinking water in all the major cities of the country and there is a situation where water has to be pumped in trains. Since the formation of Telangana, the Chief Minister of Hyderabad has acted with foresight to ensure that such situations do not arise in the city of Hyderabad.

He said about Rs 2,000 crore had been spent between 2014-18 for water works alone. The surrounding areas of various Municipalities, Municipal Corporations and Gram Panchayats are also being provided drinking water facility under ORR project Phase -2 at a cost of 1200 crores to benefit more than 2 lakh households in the ORR range