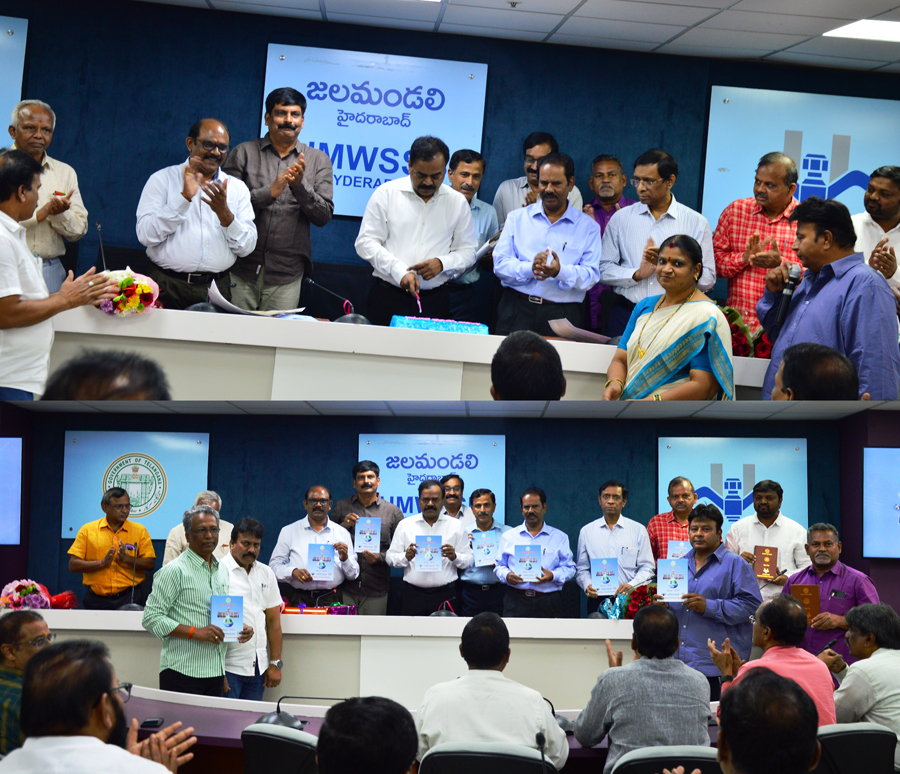 The New Year 2023 celebrations held at Board office on 02-01-2023. Sri M. Dana Kishore, IAS, Managing Director wished all the Board Directors, Staff, Employees and the Consumers a Happy New Year 2023 and unveiled the JEA Diary & calendar and later he cut the new year cake on the occasion. The MD said that it has been 7 years since he took charge as the Managing Director of Jalmandali and he considers it a prestigious event.

He said.. last year, the HMWSSB have taken up major projects like Laying of foundation stone for Sunkishala Intake Well Project, Construction of 31 New STPs, ORR Phase-2 Reservoirs and other important projects. At present the works are going on fast and they will be completed soon. Also he said that reforms like Special Protection Team (SPT), Annual Maintenance System (AMS) and Geo tagging have been done for quick disposal. The MD said that under the guidance of CM KCR and Minister KTR, more new projects will be initiated this year. The state government has entrusted many responsibilities to the Board and has managed them effectively. The MD appreciated Jalamandali officials and engineers for their effort and called upon to continue to provide better services to the people with collective efforts.