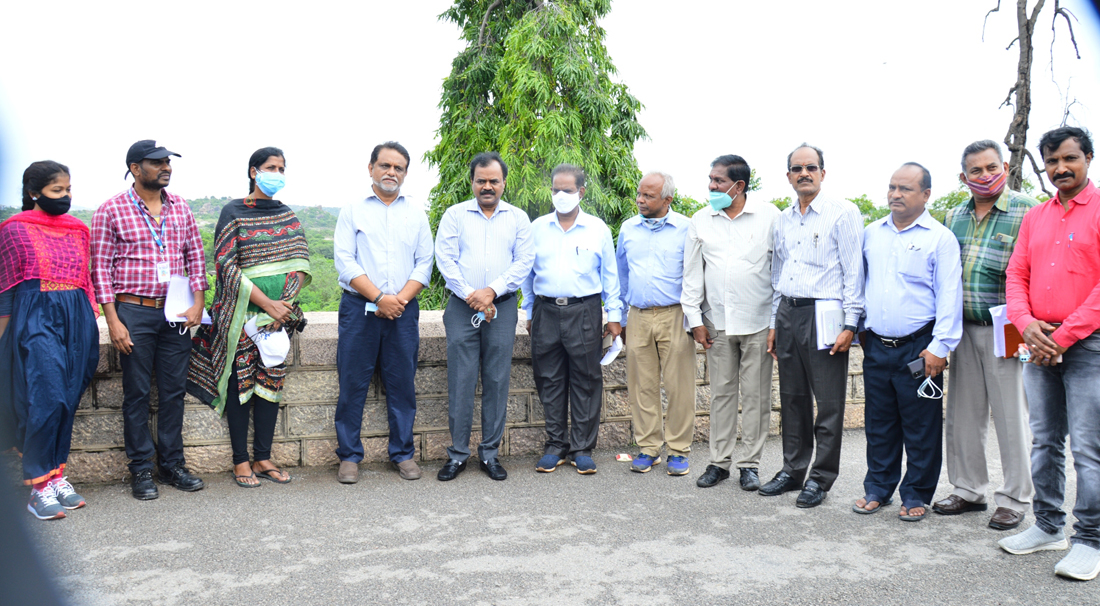 As heavy inflows into the Twin Reservoirs of Osman Sagar and Himayat sagar for the last few days, Sri Arvind Kumar, Principal Secretary, MA&UD accompanied Sri M.Danakishore, MD, HMWSSB visited the Reservoirs site and inspected the manually operated floodgates and had discussions on the future plans. As the Himayat sagar reached the full tank level of 1763.50 ft, the seven  gates out of 17 are opened and released 2400 cusecs of water.

Regarding Osmansagar, 100 cusecs of water has been dischared through two flood gates since the inflows are remained constant. The Osman sagar flood gates are opened after a decade time of 2010. The officials said that they are keeping a close watch on the inflows and will be decide as per the inflows ratio.