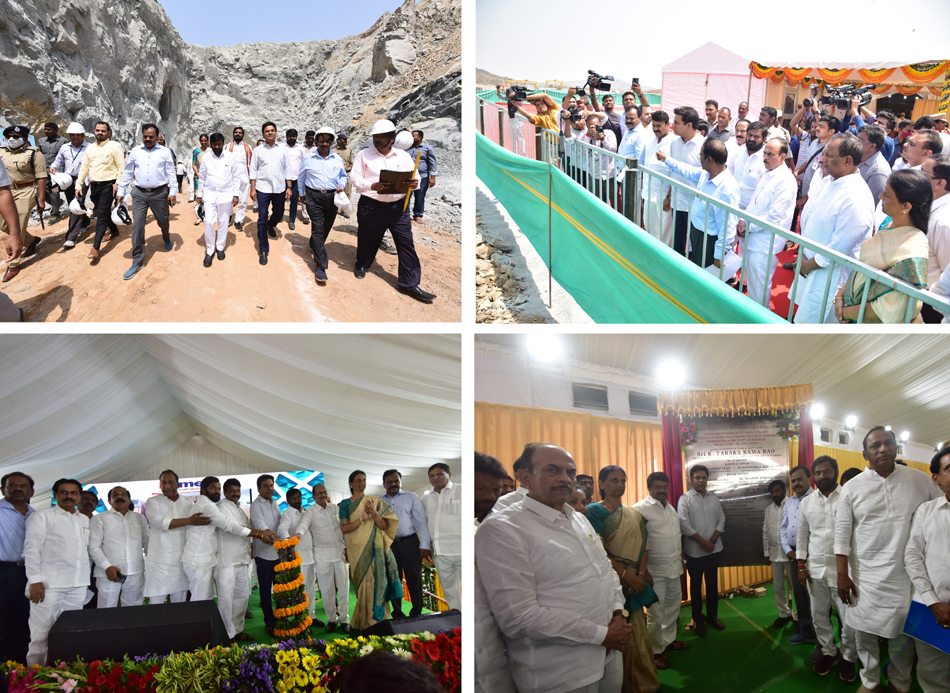 Sri K.T. Rama Rao, Hon’ble Minister for MA&UD laid the foundation stone for “Sunkishala Intake Well Project” proposed to be constructed at cost of Rs.1450 Crores near Nagarjuna Sagar to divert water from the Krishna River to the city of Hyderabad on 14-05-2022.

Speaking on the occasion, KTR said that with the construction of the Sunkishala project there will be no shortage of drinking water in Hyderabad despite of no rains for five years. The project will be completed by next summer 2023. Krishna drinking water supply of Phase 4 and 5 is also being taken up for future need of Hyderabad citizens. The city currently needs 37 TMC of water and estimates that it will need 71 TMC of water by 2072. The Kaleshwaram and Sunkishala projects will be fulfilled the need of 71 TMC of water as per the visionary Chief Minister. The minister has also said that the Ring Main is also under construction surrounding of the Outer Ring Road to avoid water scarcity and interruption if any being occurred during water supply from Godavari & Krishna. The Hyderabad is one of the fastest growing cities in the country and would become the second largest city in the country after Delhi in the next 15 years.

On the occasion, Minister T. Srinivas Yadav said that in the past, there was a biggest problem of drinking water during every Summer season and lot of dharnas and rally’s was a common phenomena with empty bins. There is no such problem after formation of Telangana State since the people are getting sufficient quantity of water supply because of Kaleshwaram and  other projects.

Sri M. Dana Kishore, IAS, Managing Director, HMWSSB, said "Every year in the summer, emergency pumping was required to pump Krishna water to the city, spending huge amounts of Rs. 4 to 5 crores per annum and the construction of  Sunkishala  Intake Well project would be of great relief to enable to supply the full quantum of water to the Hyderabad City.