DRINKING WATER SUPPLIED BY HMWSSB IN MAILARDEVPALLI IS SAFE AND CERTIFIED.. ON 14.12.2022 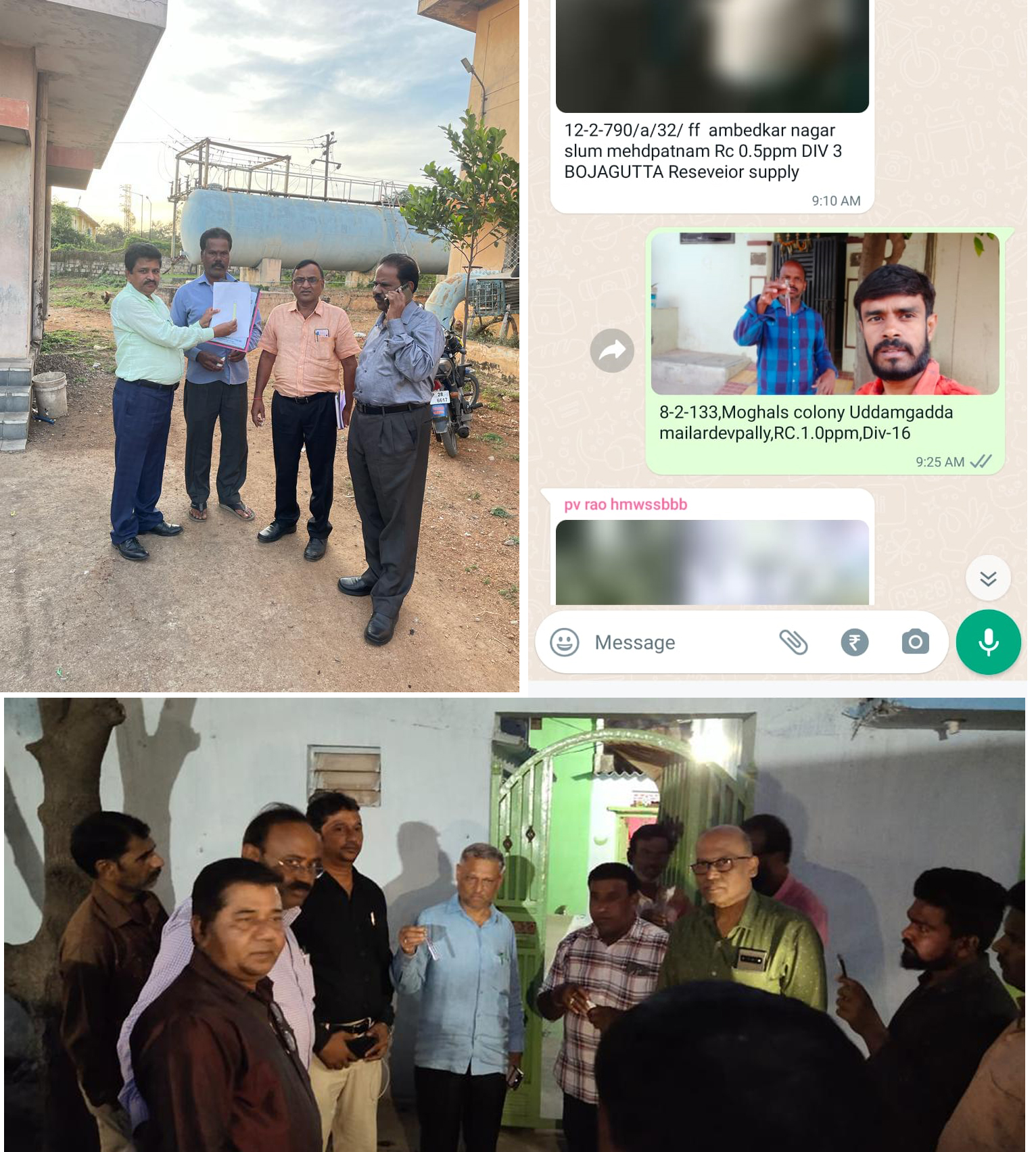 HMWSSB has conducted preliminary investigation on the incident of contaminated water supply in Mailardevpalli in Ranga Reddy District on 14-12-2022. Dr. M. Satyanarayana, ED, QAT General Manager visited the area and collected the water samples from the reservoir and consumer houses for Quality Testing and declared that no sign of water contamination in the area.

The QAT report stated that there are no harmful residues in the water even in the bacterial tests in the HMWSSB Central Laboratory in samples. Chlorine was found to be 0.5 ppm. The samples collected during the supply is good and did not contain any pathogens supplied by the water board.

The sample collected at house no.8-2-133, Mughal Colony, near the houses where this incident took place, was also found to be fit for drinking.

It is known that two of the dead (Afreen Sultana and Mohammad Qaisar) died after suffering from other medical reasons. When HMWSSB inquired about the details of the victims who were treated in the two hospitals as reported in some electronic media, it was learned that no persons with those names were admitted in the hospitals because of water contamination.